Barney, a male barn owl, came to the California Raptor Center in 2010. He was found in 2008 with an injured right wing, and his rescuer kept him, illegally, for two years. Since he was not treated in time to make a full recovery, he is one of our permanent residents.

Barney illustrates the importance of getting injured raptors quickly to a facility licensed to work with wild birds.

We believe Barney is male because research studies show that most male barn owls are smaller and lighter in color than females.

There are two basic kinds of owls: the family Tytonidae, or barn and bay owls, is the most widespread in the world though our barn owl is its only member in the U.S.

The barn owl's name comes from the scientific habit of mixing Latin and Greek: Tyto is one of several Greek words for "owl" and alba is Latin for "white."

All other owls fall into the family ﻿Strigidae﻿. 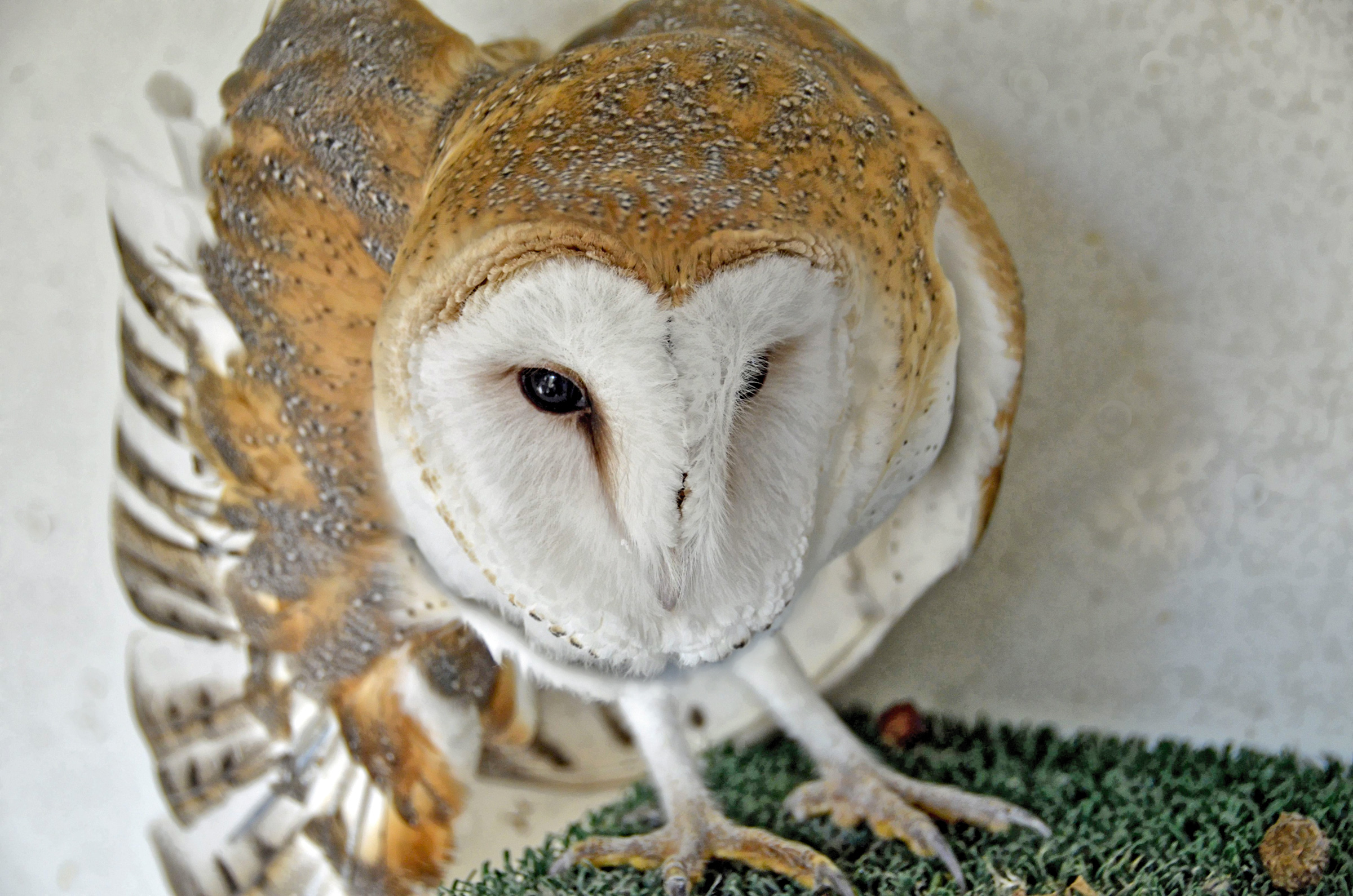