Little Bird in a Big Building: An American Kestrel Flies Free After A Week Trapped Indoors 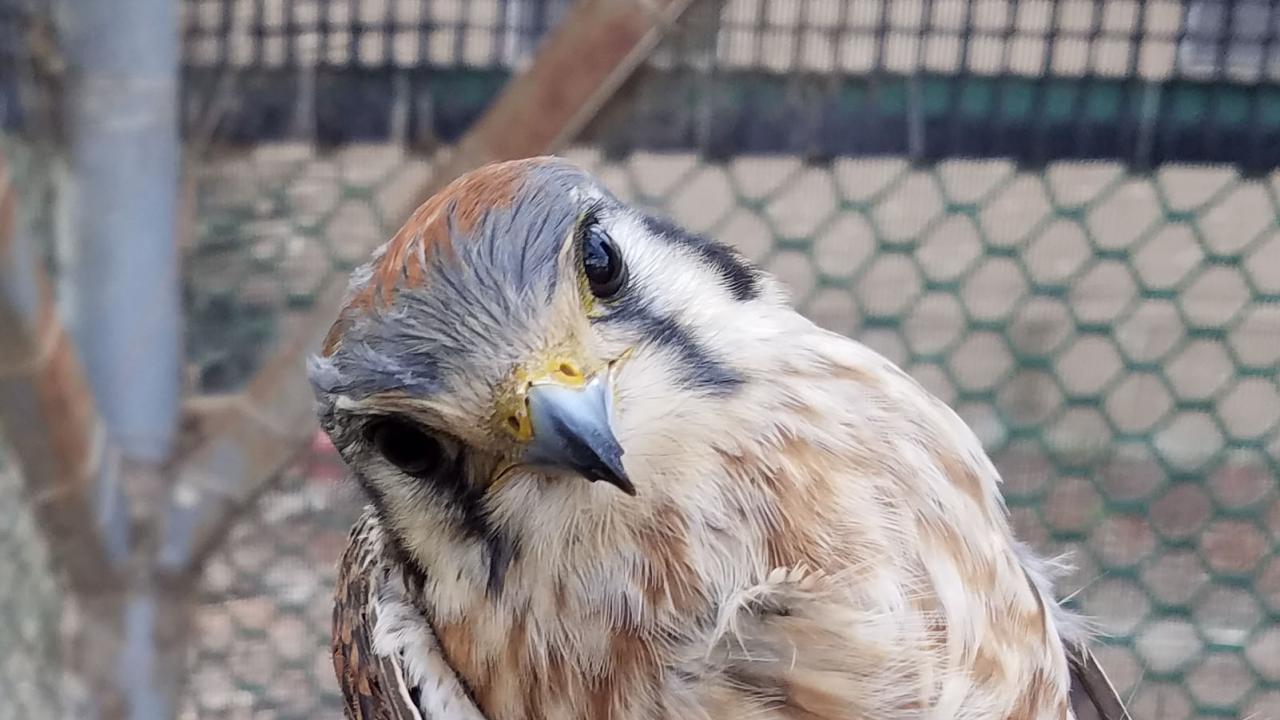 Many people begin the New Year with resolutions to hit the gym, but for the California Raptor Center’s first patient of the year, a visit to a Woodland gymnasium turned into a days-long saga and rescue operation.

In late December, CRC staff were alerted to an American Kestrel trapped in a gymnasium in Woodland. Yolo County Animal Services had been unable to capture the bird, so CRC volunteer Larry Guenther and UC Davis raptor researcher Ryan Bourbour (profiled in a previous newsletter) deployed to the gymnasium to attempt to trap and release the small raptor. However, despite their best efforts, they met with no luck: when the duo reached the gym, the kestrel was nowhere to be seen in the high-ceilinged building. Attempts to rouse the bird from its hiding place failed. Assuming that the kestrel had either escaped on its own or succumbed to starvation, the trapping team gave up the hunt. With no more news about the bird, the team at the CRC thought that the Woodland kestrel’s story had ended then and there.

The New Year rolled around, and just two days later, on January 3rd, a Yolo County Animal Services officer arrived at the CRC with a surprise in tow: the Woodland kestrel. The female kestrel—weaker, out of hiding, and unable to evade capture—had finally been caught with a hand-held net. Now safely contained, the small raptor became the CRC’s first patient of 2020.

CRC staff were surprised to find the kestrel in relatively good shape despite the time she spent trapped indoors. She was dehydrated, tired, and underweight, but not in critical condition. She was also uninjured. Aside from her weakness, she was a typical kestrel: bright, alert, vocal. Staff were optimistic that the uninjured bird’s condition could be turned around quickly.

With the help of some fluids, food, and cage rest, the kestrel perked up, put on weight, and was ready to go within a week. On January 9th, 2020, CRC Director Dr. Michelle Hawkins had the honor of making the first release of the year, and the wayward American Kestrel returned to life in the wild. Though this year’s first patient was small insofar as raptors go, she had a big, memorable story.